Simulcast of the sold-out

Seating is free and open to all. 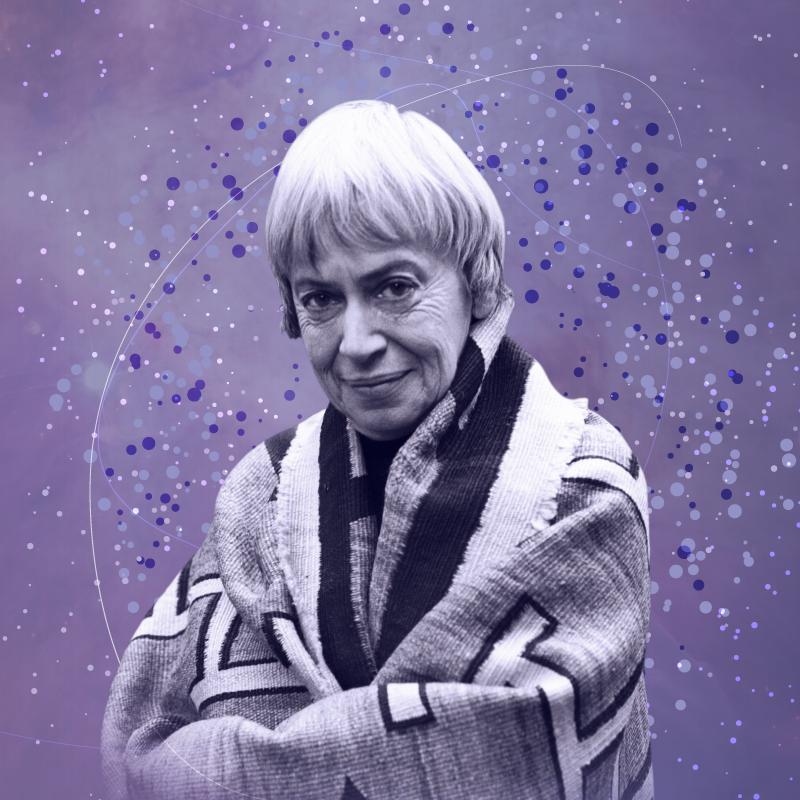 Literary Arts and the Portland Art Museum will host a simulcast of the SOLD OUT Tribute to Ursula K. Le Guin event on June 13. Seating is free and open to all.

Tickets to the live event are no longer available, but we invite the public to attend the live simulcast at the Portland Art Museum. The simulcast is free and open to all, offering a space for us to gather together as we celebrate the life and legacy of Ursula K. Le Guin.

The sold-out event features tributes from writers and friends who represent the wide-ranging influence Le Guin has had on international literature for more than 50 years, including Margaret Atwood (by video), Molly Gloss, Walidah Imarisha, Jonathan Lethem, Kelly Link, China Miéville, and Daniel José Older. Andrea Schulz, Le Guin's editor at Viking Books, and Julie Phillips, Le Guin's biographer, will also speak at the tribute. The event will include rare documentary footage of Le Guin, along with photos and images from her life and work.

Le Guin’s passing is an immense loss for our whole community, and it is important we come together to mark the significance of her life's work.

Ursula Kroeber Le Guin was born in 1929 in Berkeley, California, and passed away on January 22, 2018 in Portland, Oregon. She published 21 novels, 11 volumes of short stories, four collections of essays, 12 books for children, six volumes of poetry, and four of translation. Her books have been translated into more than 40 languages and have sold millions of copies worldwide. Her many honors include the Hugo, Nebula, National Book Award, and PEN Malamud. In 2014, she was awarded the National Book Foundation Medal for Distinguished Contribution to American Letters.

Le Guin was a groundbreaking writer of international acclaim and one of Oregon's preeminent cultural figures. She was an ardent supporter of writers, independent publishers, and libraries, and used her public platform to defend free speech. Le Guin was involved with Literary Arts for 31 years, as a participant and trusted advisor. Her dedication helped shape the programs of Literary Arts, which reach 20,000 readers and writers each year.

Thank you to our event sponsors: